‹‹ Back to our Yachts 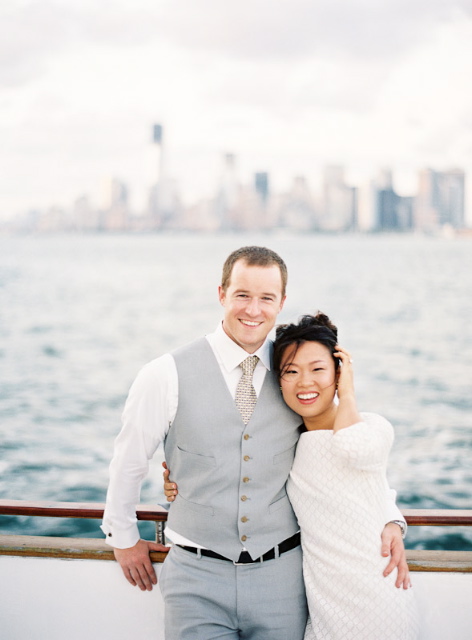 The wedding rehearsal and rehearsal dinner is the final step before saying, “I do.” While many couples have the rehearsal and dinner on the night before their big day, it’s not unusual to have it two to three nights before. The rehearsal is just what it sounds like, a practice of the big day. The subsequent meal is not only for the families to get to know each other better, but many times it serves as night to relax, relieve pre-wedding jitters, and say “thank you” to the families and out of town guests.

Traditionally, the parents of the groom organizes and hosts the rehearsal dinner, but with weddings becoming more and more untraditional these days, it’s not uncommon to see the couple or the bride’s family host the dinner. As far as the guest list, the immediate families, the wedding party and their significant others, and the officiant and his or her spouse should be invited at the very least. Often times, out of town guests are invited to thank them for traveling to the wedding.

From a formal dinner to an informal BBQ, the options are plentiful for a fun relaxing night before the nuptials. One option, that has the ability to be either formal or casual, is hosting the rehearsal dinner on a private yacht. While some brides want a formal rehearsal dinner cruise, many couples are looking for a more relaxed night before a more formal wedding. Popular rehearsal dinners are not necessarily sit down events, but casual buffets, cocktail style receptions with passed hors d’oeuvres and stations, or even picnic themed dinners.

So whether you choose an intimate backyard BBQ, or a formal or informal dinner at an event venue, such as a private yacht charter or other event venue, take this time to sit back and relax. As the bride and groom, the rehearsal and rehearsal dinner is a time to thank those closest to you and to RELAX before your wedding!

We can host any event!

EXCITING NEWS! Motor Yacht Eastern Star is now available in Greenwich Connecticut and the North Shore of Long Island.
Ports of call include:

Explore our Fleet
Get a Quote

WE LOOK FORWARD TO WORKING WITH YOU